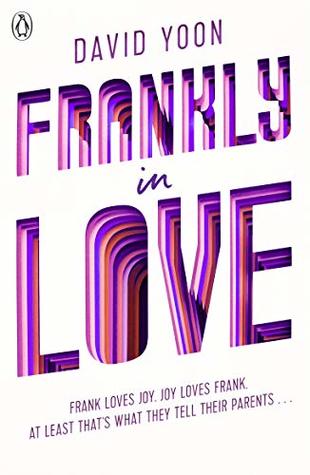 High school senior Frank Li is a Limbo–his term for Korean-American kids who find themselves caught between their parents’ traditional expectations and their own Southern California upbringing. His parents have one rule when it comes to romance–“Date Korean”–which proves complicated when Frank falls for Brit Means, who is smart, beautiful–and white. Fellow Limbo Joy Song is in a similar predicament, and so they make a pact: they’ll pretend to date each other in order to gain their freedom. Frank thinks it’s the perfect plan, but in the end, Frank and Joy’s fake-dating maneuver leaves him wondering if he ever really understood love–or himself–at all.

I received this book from the publisher in exchange for an honest review but this did not affect my opinion at all.

I had really high expectations for this book so as soon as I found out that it was available at YALC, I went straight for it. Whilst I did have a fun time reading this book, it sadly did not live up to my expectations and I ended up being disappointed.

The main thing I loved about this book was the Korean culture that was displayed throughout. I thought the parents were really intriguing as characters and I would have wanted to know more about them and their dynamics with the other parents in their group. The way they talked about Korean culture and also about how not all immigrants are viewed the same was really interesting and they were my favourite parts of the book.

One reason why I didn’t end up getting along with this book was because of the main character. Frank Li was slighlty insufferable as a main character. I understand that he was meant to be kinda irritating to begin with and then he was meant to grow throughout the course of the novel, but the growth wasn’t enough. Also his growth came way too quickly and it felt very unrealisitic.

My main issue with Frank was his relationship with his family. I felt like it wasn’t developed enough. I wanted to see more of his interactions with his mum and dad, especially in the latter half of the book when he finally began to understood them. I also feel like the situation with his sister was extremely underdeveloped and that could have made for a better story if we got to see more of her.

The reason why I wanted to read this book was because of the romance because fake dating is one of my favourite tropes. However, this book was severely lacking in the romance department. His love stories with both of the girls happened extremely quickly. Both girls were underdeveloped, to the point where I can’t even tell you any of their personality traits. I also felt like Brit wasn’t given a fair enough chance and he moved on way too quickly. On top of that, this book featured cheating which I hate.

I also have to mention the irritating twist at the end with Q that occurs on one page and is never fully developed again. It was so completely out of nowhere and it really irritated me that David Yoon took that path.

The main issue with this book was that there were too many storylines and characters, so none of them were developed. The two romance plots, his family dynamics, the sister’s storyline, the issues between the Gathering families as well as graduation and normal high school life was just too much. None of these storylines felt like they were fully developed and neither were the characters. It could have been an amazing book if they had just fully developed each storyline or taken a few of them out to give the others room to grow.

On top of all the issues with the plot, I also felt like the writing needed a lot of work. At times, it felt juvenile and like the author was trying too hard to write ‘young person’ dialogue. It just didn’t work for me.

Overall, I was disappointed by this book. I didn’t hate it but I expected a lot more. I think others might enjoy it but it just wasn’t for me.